Last month I was pleasantly surprised to find out that Scott Cowen, the president of Tulane University, gave me and my art a shout-out in his weekly email “Tulane Talk.”

The email goes out to faculty, students, staff, parents, alumni and friends of the university and is “an electronic message that provides a digest of events that affect the university and offers a glimpse into the president’s daily life.”

In the fall, I donated this piece (and one other) to the Tulane Hulaballo Auction. The auction benefits student athletics. 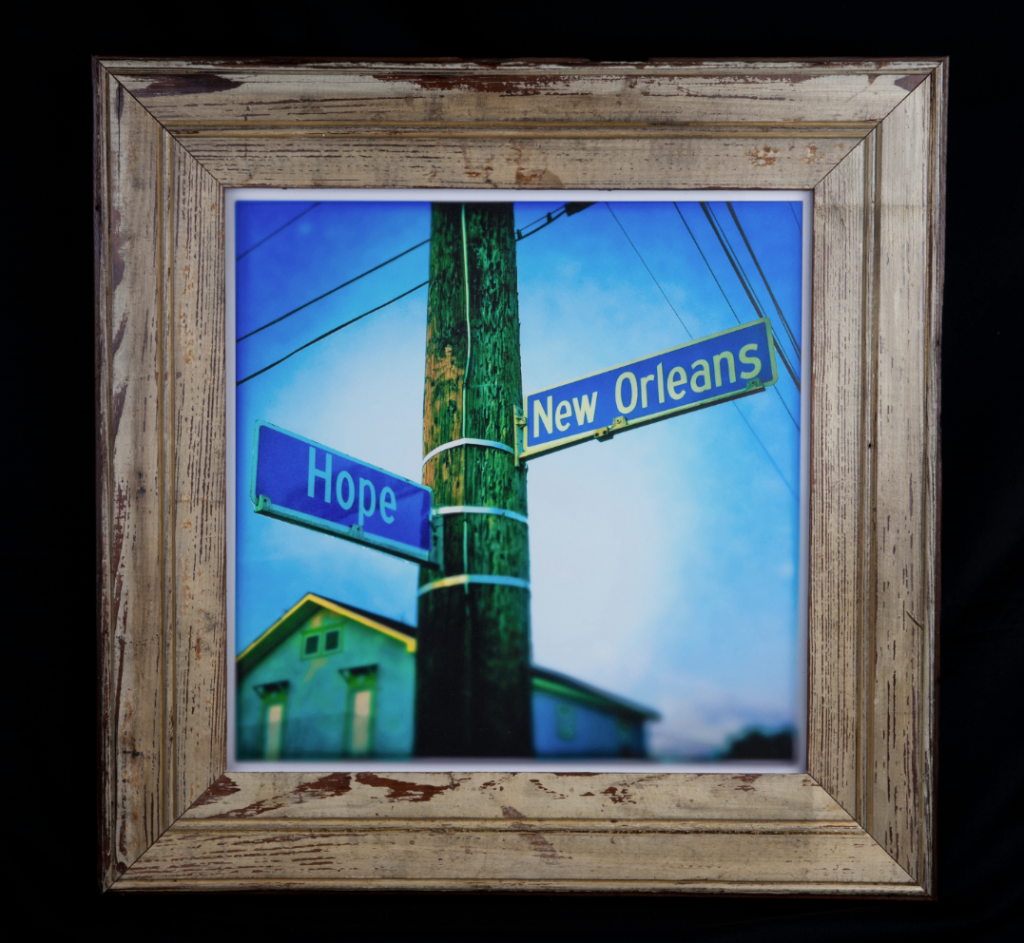 "Optimism" made especially for the auction

I got a lot of real nice feedback on the piece and one my friends and former co-workers told me that it was the only item she was bidding on. I was working the auction, as usual, and during the night she came up to me and told me she kept getting outbid! Well, turns out that President Cowen was her competition and he won the piece. I was really happy that it did well, and proud that both of my pieces, in a small way, contributed to student athletics.

On December 11, I took a half-day off to finish one of my final papers for grad school. From November on had been a complete blur. Worked was slammed. School was challenging and I had art markets every single weekend (sometimes Saturday and Sunday). In 6 weeks I had 2 days off. Felt like I was going a little bit mad. Anyway, that morning my boss emailed me and said that Cowen was mentioning me in his Tulane Talk that morning. Earlier that week I worked from 5:45 AM (yes, AM) until 6:00PM working on a time lapse video for Tulane. It did really well and I got emails from people all over the university (and even people who wrote in to the website) so I assumed that was what it was going to be about.

My phone was turned off so I could concentrate and I was sporadically checking in while working on my paper and within 30 minutes I received dozens of texts and emails about Tulane Talk. Very very nice. I was deeply touched. Unfortunately, I was also saturated with Antebellum slavery and basically had the response, “Wow, that’s awesome… Okay, now back to the 1852 trial…”

Anyway, I greatly appreciated President Cowen’s shout-out, and here is the actual letter: 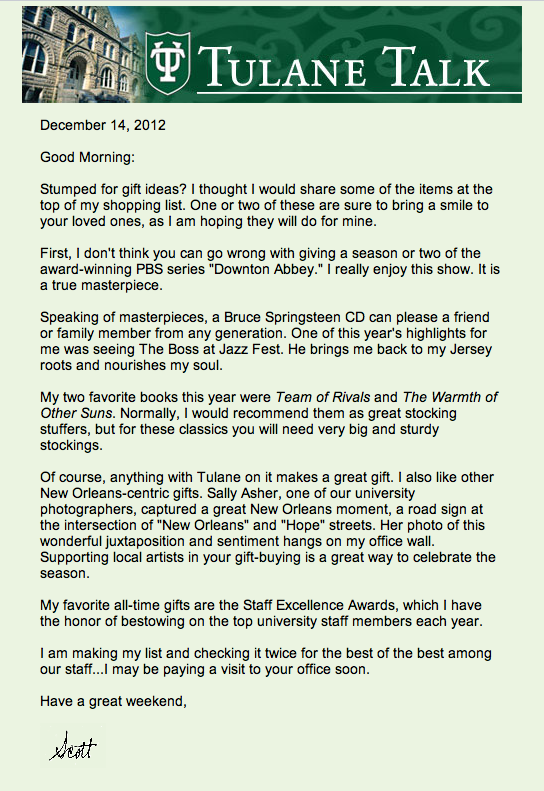 Just another reason why I love Tulane so much.