I have read various articles that state that the first Mardi Gras walking “parade” was in 1837. Arthur Hardy stated that the parade consisted of “walking revelers.” 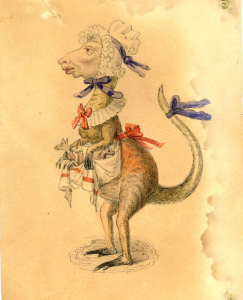 But after a quick internet skim, I could not find a date, nor any description of the actual parade. I wanted more! So I did some quick research of my own. 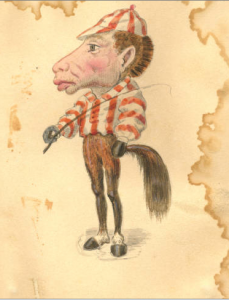 This article appeared in the Daily Picayune on February 8, 1837 (Ash Wednesday). It demonstrates that Mardi Gras was not as popular and commonplace as it is now:

COWBELLION – A lot of masqueraders were parading through our streets yesterday, and excited considerable speculation as to who they were, what were their motives, and what upon earth could induce them to turn out in such grotesque and outlandish habiliments. Some said they were Seminoles; some said it was the Zoological Institute come to town; some that it was Brown’s Circus – while others said nothing, and very likely knew nothing at all about it. Boys, negroes, fruit women and what not, followed the procession – shouting and bawling, and apparently highly delighted with the fun, or what is more probable, anxious to fill their pockets with sugar plum, kisses, oranges, &c., which were lavishly bestowed upon them by these good-hearted jokers, whoever they were. For ourselves, we hardly saw them; but from the noise and tumult they made we concluded that it was a cowbellion society, turned loose in the streets to practise their harsh and discordant music.

The whole affair would have passed off well enough had it not been for the useless and unnecessary fears excited among some of the elderly ladies, old maids and such like, who inhabit our quiet and peaceful portion of the city, who, unused to such a horrid noise and din, were all but frightened out of their wits. One poor woman in particular, thinking that the millennium had come at last, went off into violent hysterics; another was seized with a violent conniption fit, produced from the same cause, from which, however, she has since happily recovered. Some other trifling occurrences of a similar nature took place, but nothing serious that we have yet learned. 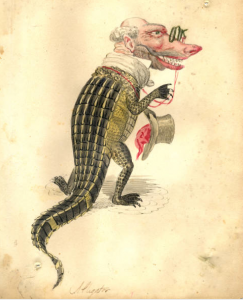 All of these images are watercolors of costumes from the Mistick Krewe of Comus’ 1873 Mardi Gras Parade – Missing Links. These images and many more can be viewed on the Carnival Collection from the Louisiana Research Collection.