Costumed dogs parading around the French Quarter. What is not to love?

The Krewe of Barkus is the annual Mardi Gras dog parade. Allegedly, it was founded in 1992 when Tom Wood was at a Margaret Orr Fan Club meeting (I love that one of our weather anchors has a fan club) at Good Friends Bar. Wood brought his dog Jo Jo, who was not earning fans of her own with her “neurotic” behavior and was asked to leave by complaining patrons. Wood had his Scarlett O’Hara moment (“as god as my witness” fist clenched) and vowed to start his own parade and make Jo Jo queen.

Thus, Barkus was born. They started officially parading in 1994. I started parading with them in 1996 for a few years with my dogs Wiggy (crazy Weimaner) and Dita (my lapdog Great Dane) but I realized I liked to watch Barkus more than participate in it – so I have been focused on shooting it for the last few years.

This year, after my article on walking krewes for Tulane came out, the New Wave asked me if I would do a story and photos on this year’s King of Barkus – Jacques, owned by Tulane Alumni Bruce and Virginia Wallis. I was a bit over-scheduled but did not want to pass on the chance, especially since I discovered they owned a donkey! Unfortunately, Tula the donkey lives in Mississippi and would not be making an appearance.

Nevertheless, I was excited and contacted Virginia and we arranged for a quick interview and photo shoot at Dat Dog the day before Barkus. One of the many great things about Barkus, aside from seeing dogs in full-on regalia, is that is benefits a lot of local animal welfare charities. The meeting at Dat Dog was one of the pre-parade benefits.

I was impressed that Jacques even had his own glass! 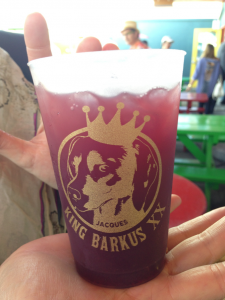 Virginia and Bruce were very funny and generous and I am happy to report that Jacques was a true gentleman! 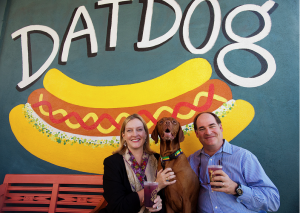 HERE IS THE ARTICLE I did for Tulane.

And here are a few shots from Barkus. Enjoy! 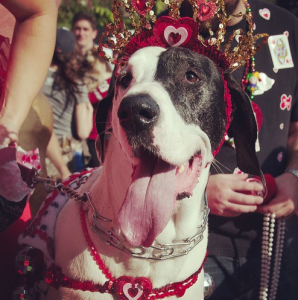 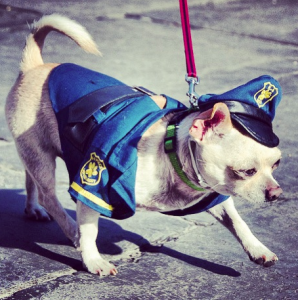 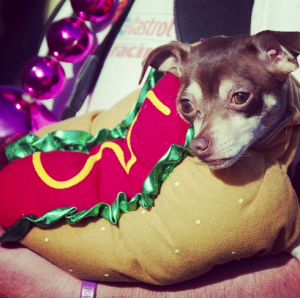 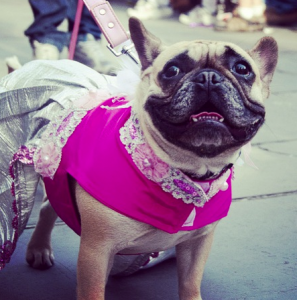 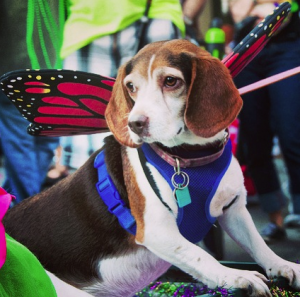 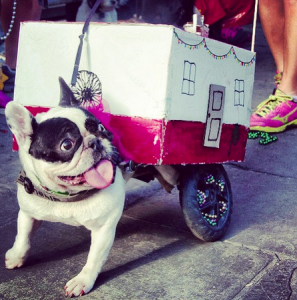 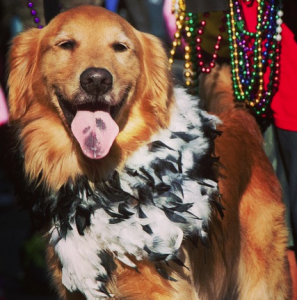 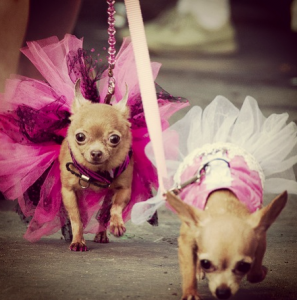 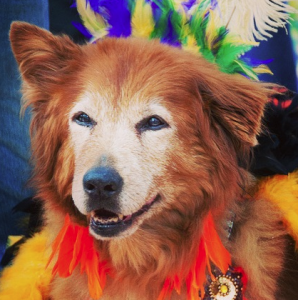 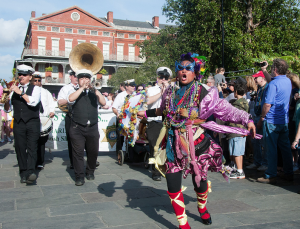 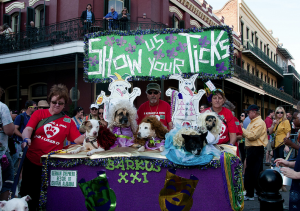 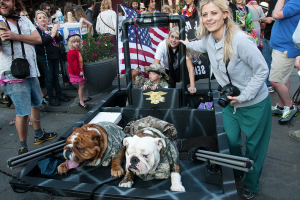