The ABC’s of New Orleans

As I have mentioned in previous posts, Charles “Pie” Dufour is turning out to be one of my favorite local historians. He makes no illusions about the fact that he rarely uses primary sources, instead writing from other trustworthy scholars, but I like his simple and accessible style. In his column Pie’s A La Mode, he frequently wrote about New Orleans history, and every Sugar Bowl he would write an article targeting visitors and educating them on our city’s history. 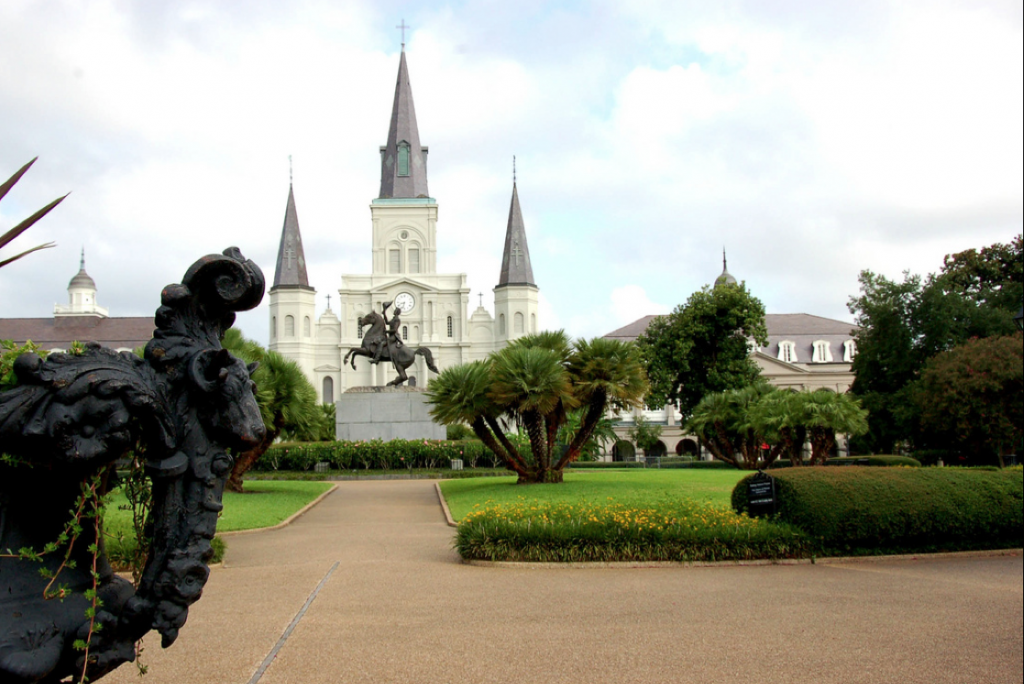 This article is from the Times-Picayune from December 29, 1963:

Historical ABC’s Give Background of N.O.

Here is a brief ABC about New Orleans, which may be useful to Sugar Bowl visitors:

A is for Area. New Orleans covers an area of 365 square miles of which 166 miles are water.

C is for Canal. This is the widest main street in the United States, 171 feet wide, and is named for a navigation canal that was never dug.

D is for Docks. New Orleans, second port U.S.A., has more than 20 miles of docks on the Mississippi, the Industrial Canal and other waterways.

F is for French. They settled in Louisiana in 1699 after Robert Rene Cavalier, Sieur de La Salle, explored the Mississippi to its mouth in 1682.

G is for Germans. They came over in the 1720’s and settled near New Orleans on what is still called the “German Coast.” Their German names were gallicized as, for example, Johann Zweig, who became Jean La Branche.

H is for Houmas. This was a tribe of Indians who were found in the vicinity of New Orleans by the French explorers.

I is for Iberville. Pierre Le Moyne, Sieur d’Iberville, elder brother of Bienville, was in command of the expedition that discovered the Mississippi from the sea and which colonized Louisiana.

J is for Jackson. Gen. Andrew Jackson, with a ragtail army of about 3500, routed the crack British forces at Chalmette, below New Orleans, on Jan. 8, 1815. The square that forms the heart of the French Quarter is named for him.

K is for Kings. New Orleans abounds with kings during the Carnival season, which officially opens on Twelfth Night (Jan. 6) and runs to Mardi Gras (Shrove Tuesday). There are more than 60 Carnival kings each year who preside over elaborate balls.

L is for Louis XIV. Louisiana was named for the Grand Monarque under the French name, “Louisiane,” meaning pertaining to or belonging to Louis. LaSalle conferred the name on all the lands drained by the Mississippi.

M is for Mardi Gras. This day, the last before Ash Wednesday ushers in Lent, is a unique sight in America. Half a million people will be on the streets to watch Rex (day) and Comus (night) parades and the truck parades sponsored by the Elks and others. The spirt of Mardi Gras is something to experience.

N is for Newcomb. The Sophie B. Newcomb College of Tulane University is one of the oldest women’s colleges in the country.

O is for O’Reilly. It was the Irishman in the Spanish service, Don Alexander O’Reilly, who quelled a revolution against Spanish rule. This firmly established the Spanish regime here in 1769.

P is for Pontalba. Micaela Almonester, Baroness de Pontalba, had constructed the Pontalba Buildings which flank Jackson Square, helping to create one of the most charming spots in America.

S is for St. Louis. King Louis IX of France, St. Louis, is the patron saint of New Orleans, and the Cathedral named for him is one of the attractions of the Jackson Square area.

T is for Touro. Judah Touro was one of the first of many bachelor benefactors of the city of New Orleans, a man whose philanthropy knew no creed nor color.

V  is for Vision. Behind the history and the romance of New Orleans, there is a vision and that’s why New Orleans has charm and commerce.

W is for Walking. This [is] something every visitor should do – on Canal street, in the Vieux Carre, in the Garden District, in the University section, in Audubon and City Parks.

X is X-Roads. New Orleans stands at the cross roads of commerce and travel between Latin America and the entire Mississippi Valley.

Y is for Yellow Fever. This used to be an annual scourge in New Orleans before it was discovered that the disease was spread by mosquitoes. There were many epidemics that wiped out not hundreds, but thousands of people. The last New Orleans outbreak was in 1905.

Z is for Zoo. New Orleans has an attractive zoo in Audubon Park. It is a must for the youngsters.