I recently did a photo essay for Tulane University about the new policy changes for St. Louis Cemetery No. 1. 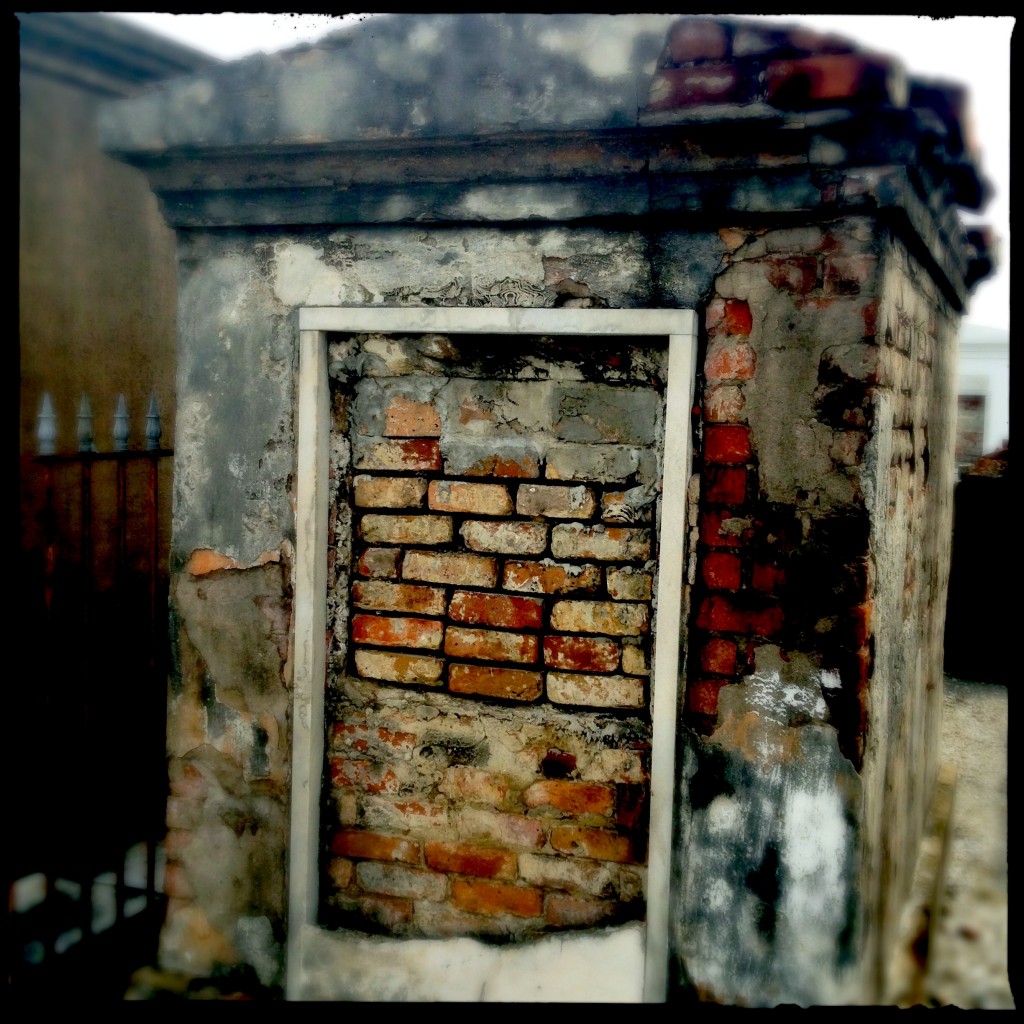 I spent a lot of time in St. Louis No. 1 during January and February trying to document everything I needed for my book. I have mixed feelings about the policy. Of course I want the cemeteries to remain open to the public, but walking through the cemeteries and seeing the trash and vandalism… I completely understand the archdiocese’s reasoning and become angry over the vandals’ ignorance and disrespect.

MY ARTICLE FOR TULANE

On a side note, I’m on the home stretch of my book An Eternity Above Ground. These next couple of months will be brutal. I will be participating in the Louisiana Book Festival again this year so I am trying to get it completed in time.

I decided to divide An Eternity Above Ground into two separate books – the first one focusing on the “Saint” cemeteries of New Orleans. If it does well (which I hope it will) then I will do a second one about Lafayette, Greenwood, Metairie, Holt, etc. I really want to give people their due and the whole point of this book is to talk about the people (known and unknown) in New Orleans’ cemeteries. I don’t want to bullet-point their lives; I want to tell their stories – and the stories of New Orleans during that time period. And despite being heartbroken over the realization that I would not be able to do that with all of the cemeteries I originally planned, I would rather take a chance and risk not being able to do two books. I would rather have one great detailed book with fewer cemeteries than one with more cemeteries and less detail.  I just hope it works, because – DAMN – there are some great stories in the other cemeteries that I am dying to tell (no pun intended).