Tales from the Crypt & Deep Sea: Marie Laveau’s Tomb and the Evening Star

I am VERY excited about my lecture “Tales from the Crypt & Deep Sea: Marie Laveau’s Tomb and the Evening Star” at the Louisiana Humanities Center (938 Lafayette St) this Thursday, October 29, 2015 from 6pm to 8pm.

Here are 10 reasons why you need to go to this amazing lecture. 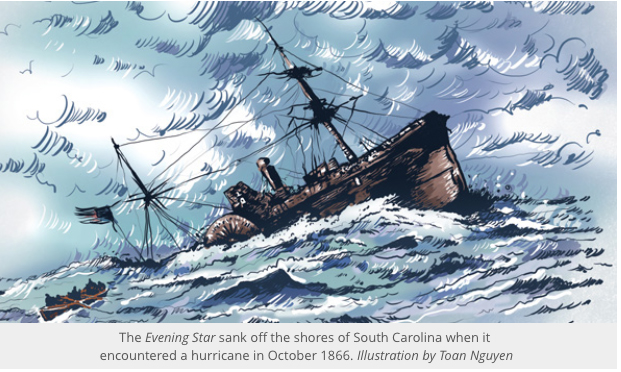 1. Because it coincides with the release of my article on the sinking of the Evening Star for Louisiana Cultural Vistas. I  discovered the Evening Star when I was researching James Gallier for my first book Hope & New Orleans: A History of Crescent City Street Names. Numerous accounts mentioned that he died in the 1866 shipwreck but there was no other explanation. After doing some digging and realizing that nothing was written about it – I hit the archives. Imagine my surprise when I discovered that the ship contained the notable and the notorious. When the ship left New York harbor on September 29, 1886 it contained dozens of prostitutes handpicked by some of the New Orleans’ most powerful madams, a French Opera Troupe, and a Circus Company. The ship sank in a hurricane with only a few dozen surviving. Some of those survivors drifted in the open sea for five days, many who died and were tossed to the sharks. It was later revealed that the Evening Star employed “scab labor,” many with no experience who worked just for their ticket. But others claim that the ship sank not because of the hurricane or inexperienced crew but that God sank it because it was “loaded down with iniquity.” 99% of this article comes from primary sources. I submitted it to Louisiana Cultural Vistas last July but because it was WAY over its word count, they held on to it until they had room. I elected to wait instead of making major cuts. I am extremely proud of this article and thrilled it is now available. 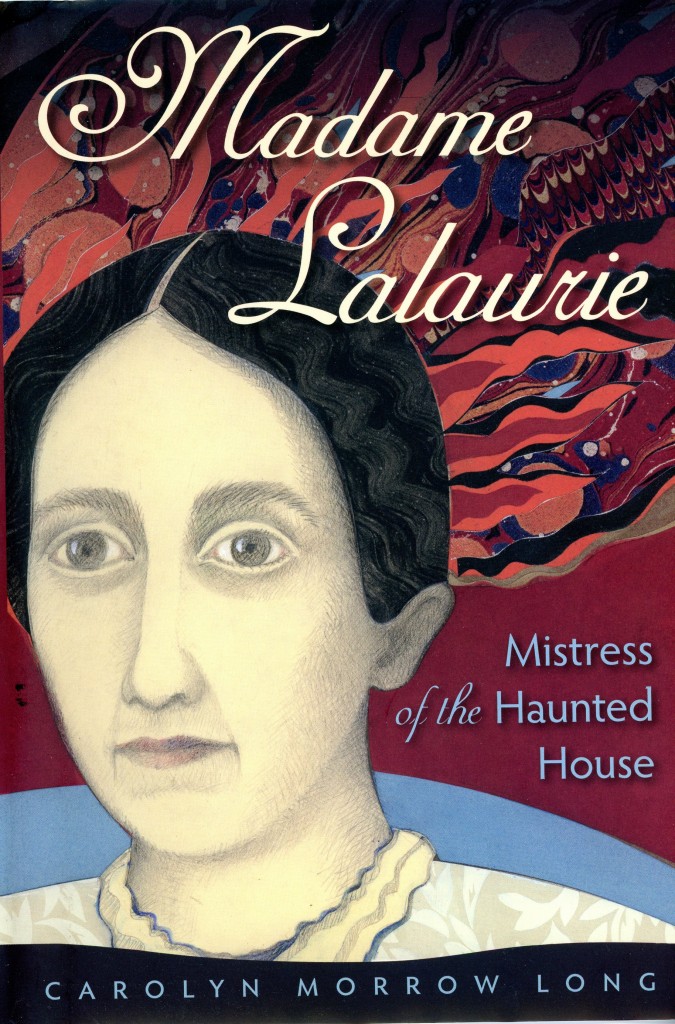 Long has a degree in studio art and did the cover for her books on Laveau and Lalaurie.

2. I will be doing this lecture with Carolyn Morrow Long! She is the author of Spiritual Merchants: Religion, Magic, and Commerce (2001), A New Orleans Voudou Priestess: The Legend and Reality of Marie Laveau (2006), and Madame Lalaurie, Mistress of the Haunted House (2012). This year she won first place in the Press Club of New Orleans Excellence in Journalism for her article about the Cracker Jack Hoodoo Store that was published in the Spring 2014 edition of Louisiana Cultural Vistas. She has a degree in studio art and did the cover for her books on Laveau and Lalaurie. Her work is reproduced as cards and prints, which are for sale at several venues in town. Her research on Delphine LaLaurie (LCV article) and Marie Laveau (LCV article) is invaluable. I was very fortunate to have her check my work on Marie Laveau for my new book Stories from the St. Louis Cemeteries of New Orleans. Although we have become email friends I am excited to meet her for the first time and beyond excited to be sharing a billing with her.

3. You can catch us on TV! Carolyn and I will be on WWL TV tomorrow morning (October 29th) at 8am talking about the lecture.

4. There will be FREE pineapple-cilantro margaritas at the lecture from El Gato Negro!

5. There will be FREE chips and salsa at the lecture from Hola Nola Foods!

6. There will be door prizes including door  a complimentary walking tour for two from Haunted History Tours and a mousepad and drink covers decorated in skulls from Martin Welch Art, LLC — fitting mementos of an evening that promises to be both mind-expanding and spine-tingling.

7. A spooky centerpiece from Southern Costume Company will adorn the table.

8. You can also win a signed copy of A New Orleans Voudou Priestess: The Legend and Reality of Marie Laveau and  Stories from the St. Louis Cemeteries of New Orleans.

9. Carolyn Morrow Long will be signing copies of her book.

10. I will be signing copies of my books!

The cover of my new book!

WHAT MORE CAN YOU ASK FOR? Hope you can make it out! It’s going to be a fantastic time!!