I strongly approve of renaming the racist Lee Circle and tearing down the Robert E. Lee statue. I have complied a brief list of other streets, statues, institutions and buildings that also need to go. 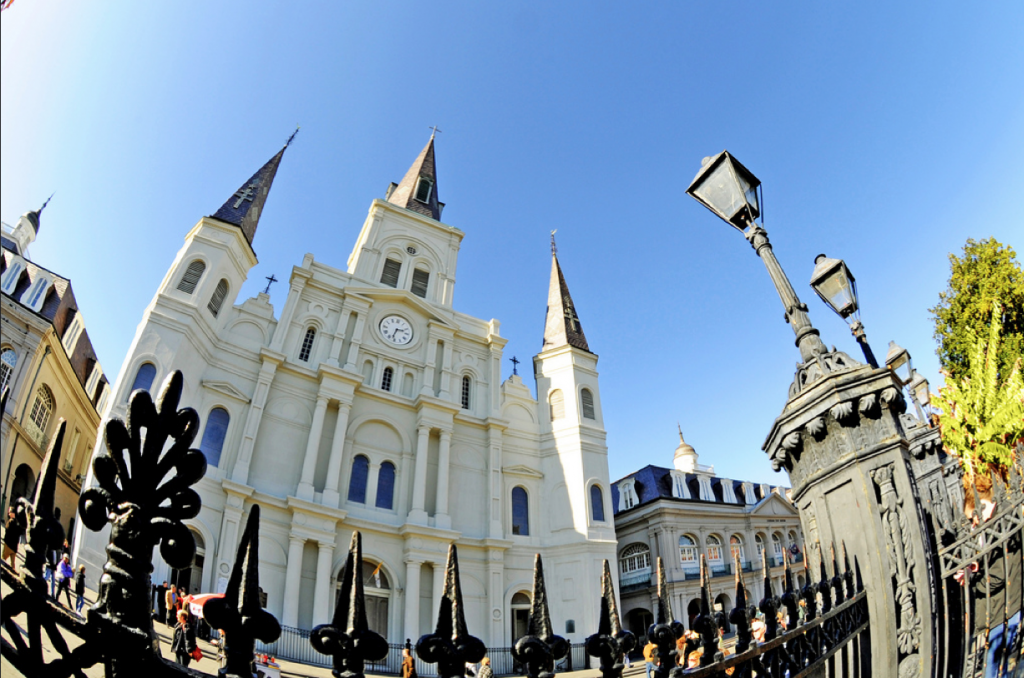 First off, let’s rename the city New Orleans! Since the city was named after the Duke of Orleans, who had numerous affairs, rumors of murder and incestuous relations with his daughter… He also won the family farting contest and could fart “like a flute,” but to be fair that could be viewed as a positive… But I am most certain that he was probably an elitist and a racist. The name has got to go.

Let’s tear down the Margaret Haughery statue, honoring the woman who worked tirelessly for the city’s orphans and donated thousands to them, because she owned slaves.

Let’s deem any business that uses Marie Laveau’s name as racist because she owned slaves.

Let’s rename the historic Faubourg Treme, the first U.S. residential neighborhood for free blacks (and listed on the National Register of Historic Places) because it was named after Claude Treme, who shot and killed a slave.

Let’s rename Faubourg Marigny because it was named after Bernard Marigny, who despite offering low interest rates to free people of color, owned slaves. And rumor has it his first wife has an absolute “beast” to her slaves. Let’s also eliminate all of the streets he named to be on the safe side.

Let’s rename Wilkinson Street because it was named after James Wilkinson, a traitor and a spy for Spain.

Let’s rename Milneburg (as well as the streets named after Milne) because Alexander Milne, who also gave hundreds of thousands to orphanages, also owned slaves (although he emancipated some and even bought them houses). But he owned slaves – so he’s got to go.

Let’s rename Poydras Street because Julien Poydras owned slaves (although he bequeathed freedom to over 700 slaves and donated heavily to Charity Hospital, asylums, and orphanages) – sorry, he’s out.

Let’s rename General Ogden – he was involved in the White League.

For obvious reasons, let’s also get rid of the street names Jefferson (after Thomas Jefferson), Jefferson Davis, and Jackson Avenue (as well as Jackson Square).

The Ursuline nuns owned slaves – let’s tear down their convent and wipe them from the history books as well. Those women have got to go.

Let’s rename Lafitte Street after the pirate Jean Lafitte– come on, who knows how many men he killed, women he raped, and slaves he traded. Let’s also boycott the bar.

I am not sure if Isaac Delgado or Judah Touro owned slaves, but probably. They were wealthy merchants and landowners during their time. To be on the safe side let’s rename Delgado Street as well as the community college and rename Touro Hospital and the street. Touro gave thousands of dollars to the New Orleans Public Library but it is not named after him. Phew. But best to get rid of everything their name is attached to, besides, they were Jewish.

Let’s rename Camp Street – it was originally called “Campo de Negro” where slaves were bought to be sold.

We should probably rename Race Street because even though it was named after a planned racetrack – way too controversial.

Let’s rename Sophie Wright – she was a cripple and probably a virgin since she never married and you know what that means (LESBIAN)!

Let’s rename all of the Muses Streets and anything after Greek mythology – PAGANS!

Let’s rename Magazine Street because many historians believe it was named for magasin a poudre (ammunition warehouse) and I am totally against guns.

How about renaming everything after numbers? Of course, forsaking number 13 and 69 for obvious reasons.

I would suggest naming a street after black Creole Alexander Aristide Mary, who fought against the Separate Car Act and for the rights of blacks during Reconstruction, but… he killed himself and is obviously going to hell.

This is just a small and modest list. I know there are hundreds of others that need to be renamed, changed, torn down, but if anything comes out of this for God’s sake – LET’S RENAME NEW ORLEANS!!